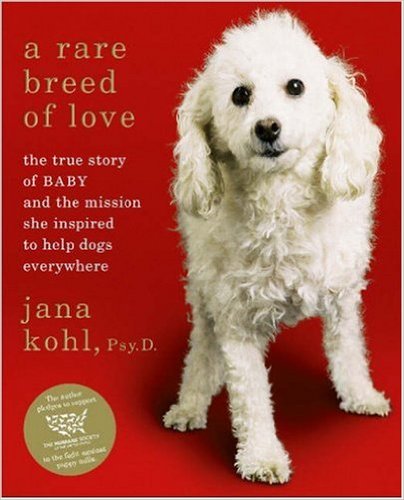 When you met Baby the first thing you noticed was her limp. She only had three legs, having lost one following years of abuse at a puppy mill. But spending a little time with Baby and her irrepressible “Ma,” Jana Kohl, you heard the story of how this gentle creature went from puppy-mill victim to celebrity “spokesdog” — hobnobbing with celebrities (she couldn’t have cared less unless they gave good tummy rubs), lobbying politicians, and inspiring an entire movement to end the kind of animal abuse she suffered for so many years. Several years ago Jana wanted to buy a toy poodle. But the nightmarish conditions she saw at a breeder’s farm (puppy mill) – hundreds of dogs confined to small, filthy cages their entire lives, never seeing sunlight or walking upon grass, used as breeding machines until they were killed for the crime of being too old to produce puppies – opened her eyes to the horrors of breeding pets for profit. There are thousands of puppy mills across the U.S., and all cute little puppies in pet store windows are products of these houses of horror. Jana’s life was forever changed once she knew the truth. Determined to do something, her first step was to adopt a rescued adult dog instead of buying a puppy from a breeder, which is how she found Baby, a roughly nine-year-old poodle who had been locked in a cage her entire life, had her vocal cords cut so the owners wouldn’t be annoyed listening to their frantic cries to be let out of their tiny prisons, a number tattooed in her delicate pink ear, and her leg amputated after her rescue from the years of abuse she endured. Jana’s mission didn’t stop there. Soon, she and Baby (whose sweet face and three-legged hobble attracted attention wherever they went) found themselves speaking to groups about the barbaric conditions at breeders’ farms and urging politicians to change the lax laws that regulate this industry. Baby was the official spokesdog for the Humane Society of the United States on the topic of puppy mills, and she and Jana traveled the country lobbying for reform. ‘A Rare Breed of Love’ contains more than sixty photographs of Baby with many of her high-profile fans, from Judge Judy to pro athletes, as well as original essays from luminaries such as Alice Walker (The Color Purple) and Gloria Steinem about the special love we all have for the animals in our lives. In this heartbreaking, compelling, and ultimately heart-warming book, Jana Kohl and Baby offer practical advice on what each of us can do to raise awareness, make a difference, and stop animal suffering everywhere. 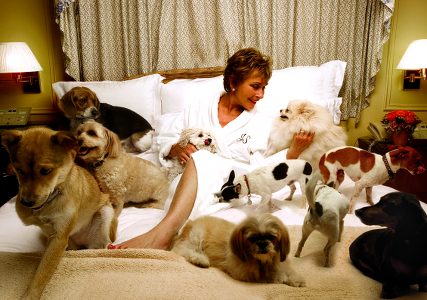 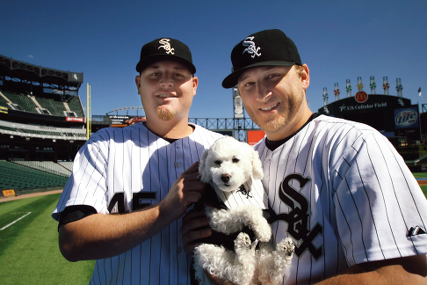 Buy A Rare Breed of Love

Adopt Your Next Pet

A Rare Breed of Love